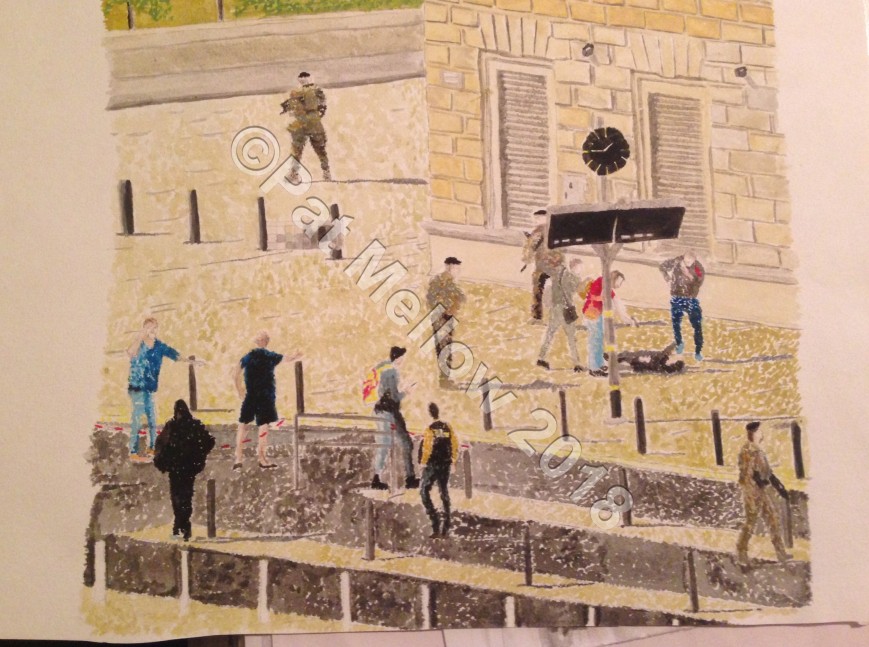 This is a painting I did of a terrorist being killed in Paris last year (2017). It’s outside the Gare Du Nord and I was struck by how summery the scene was. As they arrested a suspect, the plain-clothed detectives easily blended in with the rest of the crowd who toted backpacks above their shorts and bum-bags. But then, twenty yards away, a guy already lay dead.

This was an experiment – on a small scale – of ‘dotism’ and I’m still waiting to give myself clearance to do it on a bigger scale. Can Seurat’s pointillism survive and succeed if it’s not rural or pastoral but instead urban? If the over-riding emotion is one of negativity in some form or another as opposed to bucolic pleasantries?

It’s called Paris Population Minus One.

One thought on “Art”