23 years ago to the day, I was sat in Power FM‘s top floor studio at the corner of Parnell Square, where Frederick St meets Gardiner Row. There wasn’t much in the room bar a raggedy settee, an uncomfortable chair and a table which hosted two Technics decks, a mixer, CD player and a large desk lamp. Below was a newsagents (now a cafe) and the Garden of Remembrance was across the way. 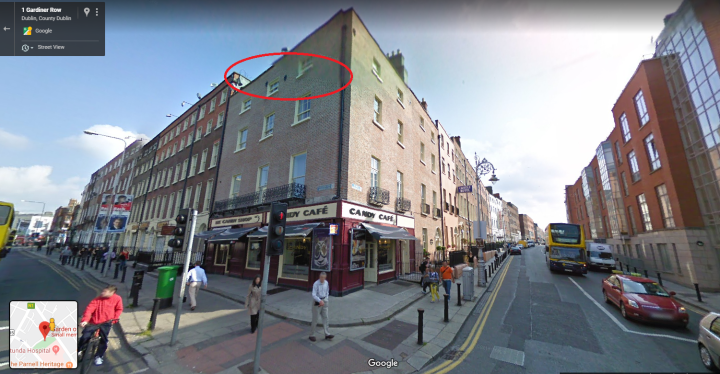 State broadcaster RTE radio then barely catered for anyone below 40 and the few other pirates mainly stuck doggedly to an uninspiring house and techno playlist played by cheese-arific! DJs. Transmitting on 98.7FM, Power was Dublin’s only pirate station at that time which played a broad array of music (and thanks are due to station creator Brian Chamberlain and later manager John McCallion for keeping it afloat). 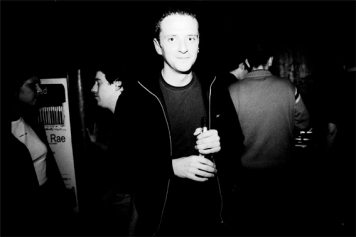 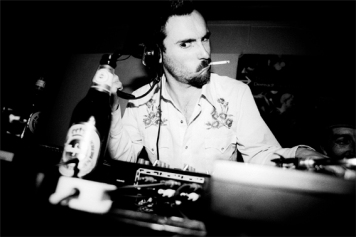 I had a daytime show on Power – 12 till 3? – which followed The Golden Maverick and before Dave Cleary. I was a meagre offering, sandwiched between two effortlessly funny guys. Them plus their wild and wide selection of music made these Monday-to-Friday sessions a delight to do.

The station occasionally hosted special guests such as Black Science Orchestra‘s Ashley Beedle and Hard Times and Hacienda DJ Elliot Eastwick, but this was free quality music from aspiring and jobbing DJs for the most part who gave up their own time to visit the studio each week and hoick their record bags up a decrepit staircase to a grim and unlovely attic space. 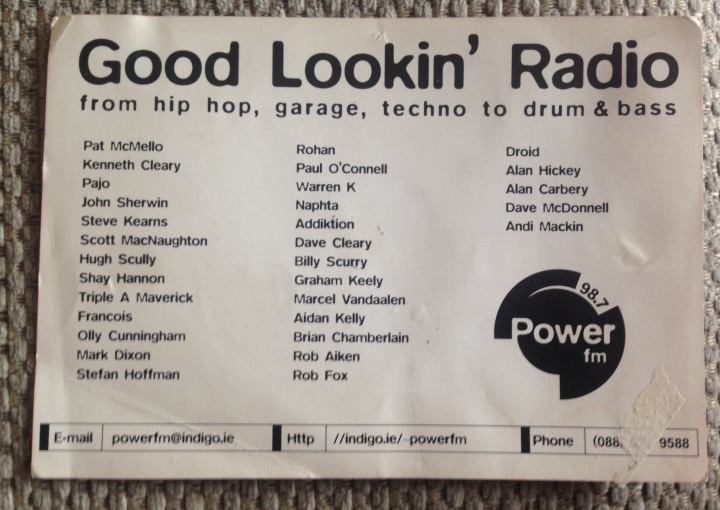 The Irish Times once visited to take a snap to illustrate a feature on Dublin pirates; there was a mobile to take requests/pass on messages; but, by and large, in this pre-internet age, you just lost yourself in the music within a solitary setting of peace.

It’s shitty quality, but click below for nearly an hour and half of that NYE show 23 years ago. It starts with Mahalia Jackson and goes on to include Killah Priest, Common, William Bell, Rare Earth, Davy D, Anthony Teasdale, Sylvester, DMX Krew, Sharon Redd and Dimitri From Paris before the wheezing tape collapsed on Grover Washington. Happy New Year to you and yours x 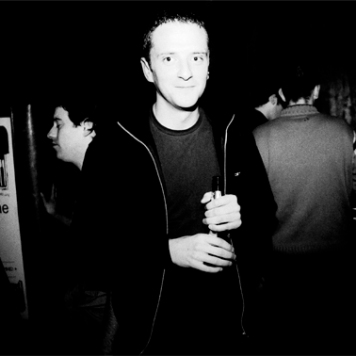 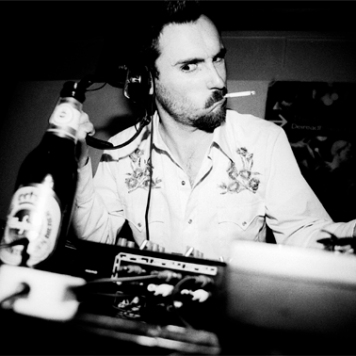