You join us at the ’30 second rule’ tonight/yesterday as American House Representatives members give their testimony on whether United States President Donald Trump should be impeached. Live comments posted here come from observed proceedings in the House of Representatives in Washington, DC.

Comments in italics are from this borderline-ignorant Englishman.

Republican Party Leader Doug Collins, of the House Judiciary Committee, asks for colleagues across the aisle to ‘put in articles’ as though that would provide evidence.

This impeachment trial has seen numerous Republican Senators and Representatives high-lighting numerous on-line posts as if as they were doing the equivalent of their colleagues in calling important witnesses. Collins talks like a well-schooled cattle auction man with no idea of the cowpats on his heels nor the smell that’s attached to him.

[Does the Chair has any power? Speakers consistently speak past their allotted time. For all his faults, the former UK Parliament Speaker John Bercow brought already-inflated egos back to earth when they were getting high on their verbal supply. No-one has mentioned how many of Trump’s coterie have been already convicted but might that be deemed either irrelevant or legally risky?]

The following is the speakers heard and witnessed via the BBC Parliament channel.]

Republican speaker: bald egg head, Jimmy Carter yellow quilt tie – it’s Bill Posey (the Representative before him was played by Mark E. Smith of The Fall; before him was a pale trapezoid hung up on a 1950s freshman pledge of love to his country).

[Earlier Republican Kelly Armstrong had the demeanour of a reasonably satisfied PE teacher, talking about ‘the beef marched on’. It’s fair to say he was the human auto-cue in terms of voice modulation, but he did stand out by his use of the word ‘ajenja’.]

Republican Lee Zeldin mentions ‘Dems’ and impersonates a man with intelligence – uses his one minute efficiently. Says something about America got drunk on his favourite cocktail. Likes to use ‘Schiff’ and finishes on ‘Schiff show’ which is lost and gavelled out by the Speaker.

Schiff is still reserving the Dems’ time. And wisely using his opponents’ filibustering tendency and Speaker’s interventions simultaneously together to then call another speaker and undermine whatever effect the individual Republicans have at the rostrum. 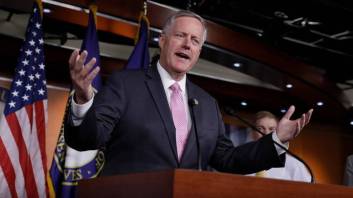 3 mins – whoa! It’s Mark Meadows. He gets that amount of time for his dedication to the GOP and, hopefully, public speaking? He starts with Alexander Hamilton, references the dollar bill bearing that president’s face and not the musical; then references Bill Clinton for Pinnochios. 63 million votes cast for Trump, yet again mentioned. He does call Dems his friends – I wonder who that might be?

Democrat Brad Sherman, in his one minute, refers to Mueller putting the case on Congress as the ones who can hold Trump’s heels to fire over his misdeeds with Ukraine.

Republican Jim Ratcliffe is played by Steve Carell. Tries to turn House Dems on Senate Dems. His voice is in danger of assuming a flappable quality as it breaks on ‘campaign’. ‘They got caught’ – he says repeatedly. Makes you think of him holding a comic book with his reference to a ‘bolt of lightning’. He’s more comfortable stressing the words ‘grad bag’ and ’embarrassing’. Then reckons voters will want to impeach Dems as a result of today’s vote – hmm…

No-one has said anything genuinely or particularly focused on Trump the policy maker although the statements seem heart-felt albeit in no way neutral.

Democrats: There are five Unanimous Consent Requests (UCR) in quick succession: reps step up to mike to ask for their responses to be put in as ‘unanimous consent’ (‘young lady’ is common for all women).

3 mins – Jim Jordan. Has his jacket on for once. Lets side down when flurrying into his patter with a cough. Doesn’t look once to the Speaker and quickly starts with a recent popular number, the whistle-blower who flagged up Trump’s favour. Lists ‘all’ of the ‘achievements’ of Trump like a faithful son pleading with his dad in the grave that he always loved him. References James Comey‘s recent admission this week to FBI mistakes. Continues criticising Schiff for daring to publish a Rep. Member of Congress’ [Devin Nunes] public phone records. The 63 million who voted for Trump mentioned again and, strangely, the first mention of electoral collage.

3 mins: Devin Nunes. ‘As they now admit’, he says of Dems as his eyes bore into his notes, gel glistening. He’s studied Reagan‘s intent and has some of George Walker Bush‘s verbosity albeit stuck on an extra-temporary hiccup of his own making.

Nude photos of Trump are again mentioned. No Russian influence on elections. ‘bizarr‘. He blames Dems for making the impeachment process ‘boring’- I’d like some flowers and elephants, sure, but interesting is not the key quality which is being sought.

Is this a winding up or a wind-up? It’s a rendition of the greatest hits – the only thing Trump is guilty of is beating Hillary Clinton et al. Nunes’ last sentence has more pauses than words and-it’s——start–ing—–to—–feel————-a-lot-like—————–impeach—ment.

Schiff is more courteous than responsive to Nunes.

Richard Neal unwisely references other countries – GB, NZ – and loses me. But he does deserve props for wearing the first pin-stripe seen on screen. Joe Biden-badger-esque hairstyle.

Two hours later and a cat from before is seemingly back – portly, white, male, and wearing a red and white tie, Drew Ferguson slags off socialists. ‘You want to remove our voice’, he says in his link of the starving families of steel workers with Trump. Calls Dem colleagues ‘swamp critters’.

Schiff momentarily stuck between calling a ‘gentle-‘ woman or a man.

Denny Heck talks of Washington folk buying Christmas presents, then his granddad from Germany, then somebody’s sacrifice somewhere. Has a hokey, low, bedside voice – says ‘2 minutes?’ when his time comes up, knowing he’ll be allowed more by Schiff, the Dems’ guardian of time. The Dems do know how to finish in time though that’s hardly a recommendation of governance.

Val Demings has an impassioned church style of oratory alongside a NO ONE (huge letters) IS ABOVE (smaller font size ) THE LAW sign. She repeats Schiff’s general arguments, fairly ineffectually, and then mentions her ’12 years on the hostage negotiation team’ with no link to anything. Applause.

Republicans’ unanimous consent request: one of them, white male, glasses and beard, manages to get in a ‘shamquest’ as he states his 15 words. 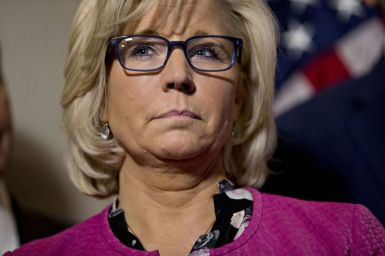 Liz Cheney, effectively sucking on a pipe of some sort, mentions 230 years of the ‘sacred duty’. Before ‘no direct offence’, she thugs back her Martha Stewart-power haired head to the right and with a Thatcher-esque robot delivery, says ‘I urrgge’.

Collins: Are we ready to close?

Adriano Espalillat names streets in Bronx in connection with following the law and then moves to Pennsylvania Avenue. Has a great Nuyorican NY accent and then speaks Spanish just before going over his time limit. A little realness at last. 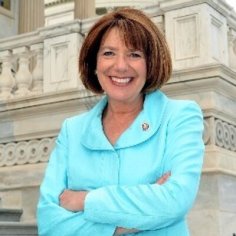 I got for a wee break then come back in to an Republican’s ‘solemn duty’ – Steve Scalise – he’s the racist, right? He’s far more effective than previous colleagues though still restricted to the script given. Chances are he might be a decent guy in reality. Wait, racist, right? Up to 89 mph on volume and vitriol. He doesn’t like ‘foreign policy experts’. Quotes job creation statistics and gains applause and boorish voicing from the pale folk behind him.

Democrat UCR – and Battle of the Bulge mentioned in passing…

Steny Hoyer: Slow and stately approach. Talks as if the time limit won’t be applied. Plays it as if he’s the company founder still on the board and addressing a mutiny by shareholders. Speaker tries to calm an audience still hyped after Scalise.  Hoyer: ‘Had the honour of 38 years, six presidents’, he says. ‘Obvious wrongdoing’ evokes a small amount of boos. Slow, methodical statesman. References children being placed in cages. 65 million people who voted for Hillary Clinton gets some woos and applause.

Occasional falter on a word right at the end of the sentence. Powerful miking system in the place so a speech is very much high in the mix with a damping down of any heckling.

There’s another religious reference to ‘our Creator’. Bigs up Republicans against McCarthyism and an early adopter of impeachment against Nixon, Larry Hogan Senior of 5th District of Maryland. Republican retiree Justin Amash is name-checked as ‘neither a Democrat nor a Republican’.

Doug Collins mentions a ‘broken down wife’ and compares to the words against Trump. Far slicker earlier. This is all a ‘drive-by hit’ – the Republicans love to use pithy sayings.

Collins gets his colleagues on their feet acting as the hype man for:

The Republican Party has changed, according to Kevin McCarthy, Republican House Minority Leader. He’s a ‘citizen’… …’no better than anybody’ …but he is full of himself more than most. Sadly, with a babyish voice, almost sniffing, his lamenting of ‘this vote hour before Christmas’ makes him sound like Radar hoping Hawkeye hasn’t died. Also calls on Hamilton and tries to appear as if he’s been befriending the Founders of the United States beyond the grave.

Sticking to the same old cliches – the people, tax dollar, best economy this country has ever seen – McCarthy stays loyal to the cause. Looks at the camera and finishes with the a ‘God bless America’ ending.

Schiff, co-designee, is back to stick it to ’em. Schiff goes big picture – Ronald Reagan cared about Russia’s involvement and influence in contrast with Trump – but quickly moves on to the two articles of impeachment.

Speaker calls a vocal vote and then – after unclear verbal responses – allows for a 15 minute vote.

Nancy Pelosi and her engaging stop-start diction are in the chair.

It looks like cross-mingling cross the House floor. Votes come live on screen, vidiprinter-style. Both articles are passed and the House has impeached Trump. Now for the Senate…